Seaweeds are a vital natural resource in the Falkland Islands, a UK Overseas Territory in the southwest Atlantic. The entire coastline of this remote archipelago, which includes nearly 800 separate islands, is fringed by ‘marine forests’ consisting of an extraordinary array of different seaweed species. These seaweed-dominated ecosystems are vital for the functioning of the marine environment – they drive productivity in coastal waters and support high biodiversity, while offering coastal protection and providing spawning habitat for commercially important squid populations.

Despite their importance, seaweeds are poorly studied in the Falklands. In the face of emerging threats from oil exploration, fishing activities, invasive species and climate change, there is a critical need to improve our knowledge of seaweed communities (especially the diversity and distribution of different species) to develop tools for conserving the Falklands marine environment. 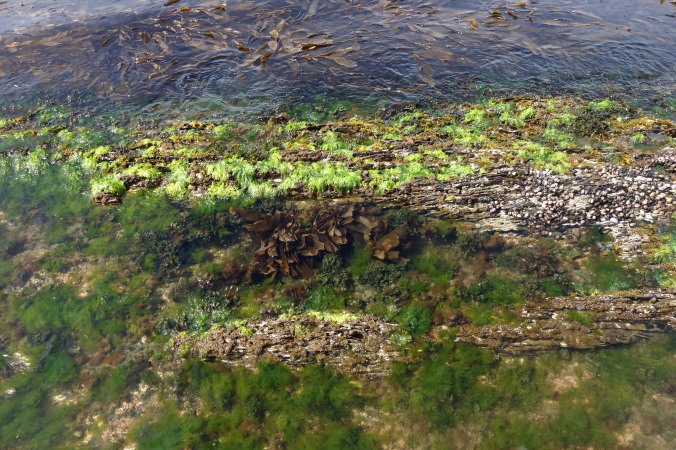 An extraordinary array of seaweed species inhabiting the lower intertidal zone and sublittoral fringe of a rocky shore in the Falkland Islands.

The Natural History Museum (NHM), in partnership with the South Atlantic Environmental Research Institute (SAERI), is leading new research into Falklands seaweed biodiversity via an 18-month project, ‘Building foundations to monitor and conserve Falklands marine forest habitats’, funded by the UK Government Darwin Initiative (project DPLUS068). By combining data from the Museum’s historical and contemporary herbarium collections with field surveys and molecular techniques, the project aims to fill gaps in our knowledge of the diversity and distribution of seaweeds in the Falklands.

During January and February 2018, NHM researchers Juliet Brodie and Rob Mrowicki undertook an intensive four-week field expedition to survey seaweeds and collect new specimens from 30 sites across the Falklands. Ongoing work to catalogue and identify the 1,095 specimens collected, including the analysis of molecular data, has already revealed a considerable number of undescribed species, and also indicates important biogeographical links between the Falklands and other South Atlantic islands and continents. A report on the field expedition, prepared for Falkland Islands Government, can be found here. 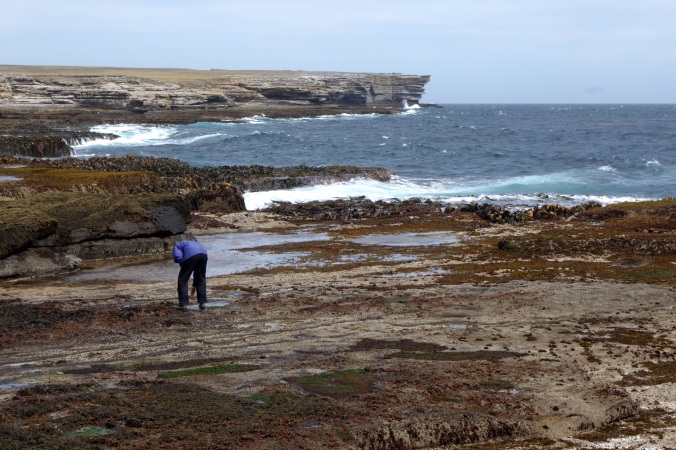 Surveying and collecting seaweeds on a highly exposed shore in the southwest Falkland Islands, characterised by extensive coralline algal turfs and crusts.